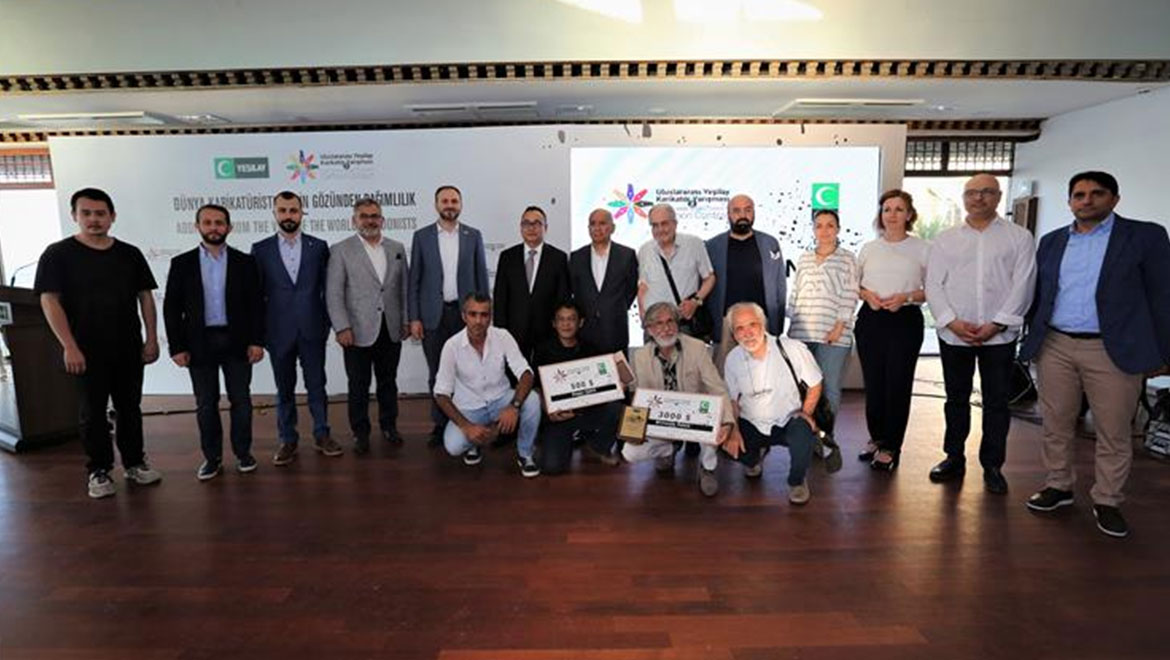 The Green Crescent which is fighting to increase public awareness in the fight against addiction, realized the 2nd International Green Crescent Cartoon Contest in Sepetçiler Pavilion.

The Green Crescent performed International Green Crescent Cartoon Contest for the second time this year. The award ceremony of the cartoon contest where subtitles as drug, tobacco, alcohol, technology and gambling addiction, as well as the works of the artists, and the harms caused on humanity and collectivity by addictions were also discussed, was held on the evening of June 22, 2018 at Green Crescent Headquarters Sepetçiler Pavilion.

We are taking our experience and our fight against addiction to international arena;

Dr. Dinç who underlines that addiction is a serious problem not only for the future and youth of Turkey, but also for the future and youth of the World says;We are diversifying our activities in order to attract public attention to this important issue, to make them think and to increase their sensitivity. With the International Green Crescent Cartoon Contest we have included highly valued cartoonists from all over the world in our fight against addiction. The cartoonist which have a high impact on society and especially on young people, adds value to our work with their wiew to addictions through their humor of sense. As in its first year, we are experiencing the happiness that 379 cartoonists from 63 countries participated to the contest with 836 works. In this regards, while we take our fight with addiction and our experience on the international arena, we have the opportunity to appreciate the world's view of this problem from the perspective of cartoonists;

Prof. Dr. Peyami Çelikcan, Head of the Scientific Comitee of the Green Crescent and Rector of Istanbul Şehir University says:;Together with Metin Peker, President of the Association of Cartoonists, cartoonists Muhittin Köroğlu, Ismet Lokman and honored guest from Russia Igor Smirnov where we are in the competition jury, we tried to determine the bests by evaluating 836 cartoons. During the jury's performance, we realized once again that the cartoon has a very strong common universal language. Hundreds of cartoonists from USA, Russia, Mexico, Iran Brasil and China participated in the contest. The messages that the cartoonist designed by adding humor in their drawing had the particularity to be understandable in all the countries of the world; comprehensible, catchy, impressive and powerful;.

Prof. Dr. Peyami Çelikcan, Head of the Scientific Comitee of the Green Crescent and Rector of Istanbul Şehir University, Metin Peker, President of the Association of Cartoonists, cartoonist Muhittin Köroğlu, Ismet Lokman and honored guest from Russia Igor Smirnov took part in the competition jury.During the competition works were evaluated through artistic quality, sense of humor according to the topic, the social and cultural influence of the subject reflected in the work related to daily life.

The participant who won the first prize was awarded $ 3,000, and the five successful participants were awarded $ 500 and a plaque of achievement.