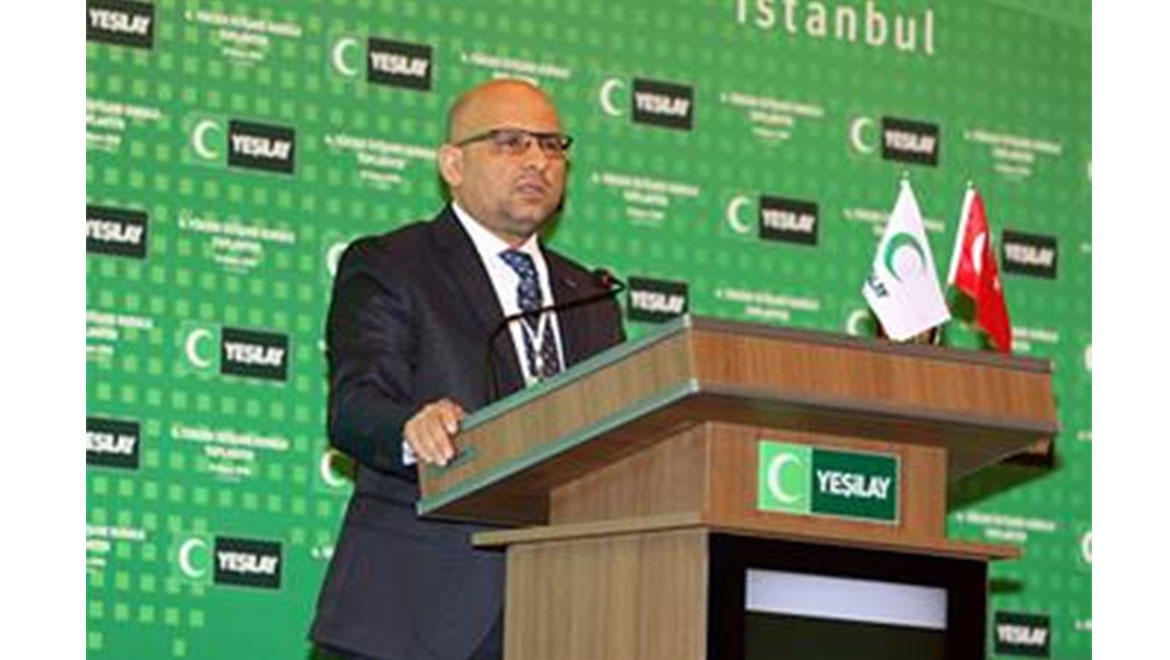 The World Day Against Drug Abuse and Illicit Trafficking which was named by the UN, has become common agenda around the world. According to 2018 World Drug Report, there are 31 million drug addict worldwide. The Green Crescent sets an example regarding its services in the fields of prevention, protection and rehabilitation in the battle against drugs which should also include governments, public institutions, civil society organizations, security forces and families.

The World Day Against Drug Abuse and Illicit Trafficking which was named by the UN, has become common agenda around the world. According to 2018 World Drug Report, there are 31 million drug addict worldwide. Illicit trafficking is a major concern of all. While both developed and developing countries try to take precautions at national level, developing countries are birth place of illicit trafficking. Turkey is doing better in terms of preventions and security operations compared to other countries. According to the Turkish Monitoring Centre for Drugs and Drug Addiction ;s 2017 report, security forces seized 20 tons of marijuana, 68 million raw hemps and 646.193 million liras were spent by the government in the fight against drugs in 2016. All these data prove that addiction is a social, economic and health concern.

Young generations, who are curious, want to cross the limits, emulates and feel lonely are vulnerable to drug addiction. Especially, synthetic drug which are used common recently, can cause to death even in the first use. Drugs not only cause physiological, psychological and social damages to the person but also cause social and economic problems. The Green Crescent sets an example regarding its services in the fields of prevention, protection and rehabilitation in the battle against drugs which should also include governments, public institutions, civil society organizations, security forces and families.

Drug Addiction as a Common Concern

Drug addiction not only affects the addict but also his family and friends. The President of the Turkish Green Crescent said ;The geopolitical location of Turkey and its high rate of young population is important in terms of illicit trafficking. Related ministries, institutions and civil society organizations have work successfully in the fight against addictions regarding prevention, protection, treatment, rehabilitation and security and they continue to do so. The Green Crescent realized its projects in the fields of training, awareness and rehabilitation through its sources, capacity and expertness coming from its long history.

Mr. Öztürk added that the Green Crescent generalized its training program for addictions which includes modules for all age groups from prep school up until adult ages. The Addiction Prevention Training Program of Turkey (TBM) is a unique project in this respect. With TBM, we have trained 13 million students and we have provided free psycho-social and rehabilitation support in YEDAM. Further, we will provide treatment in the Rehabilitation Centers through the Turkey Rehabilitation Model. After giving brief information about the Rehabilitation Centers, Mr. Öztürk stated that first 10 Rehabilitation Centers are going to established according to the decision of the High Council for the Fight Against Drugs under the Prime Ministry. These 10 centers will be in Bağcılar / Beykoz / Eyüp Sultan (Istanbul), Ankara, İzmir, Bursa, Adana, Urfa, Samsun and Van. The location search for other cities still continues. In every center, 30 employees will work and 40 addicted can be treated simultaneously. The first center will start to serve in 2019. It is estimated that there are 13.000 addicted in rehabilitation centers and when the number of Rehabilitation Centers reaches 40, we believe that addiction cycle would be broken and we will prevent relapse.

The Structure of the City in the Eyes of World Cartoonists

The Green Crescent held an exhibition at the pier of Kadıköy on 26 June, the World Day Against Drug Abuse and Illicit Trafficking. In the exhibition there will be works of many cartoonists from 65 countries which were selected in the International Green Crescent Cartoon Contest regarding drug addiction. The exhibition will stay open until 29 June.