Media
The Turkish Green Crescent is the leader of civil society in Europe a...
20March2018 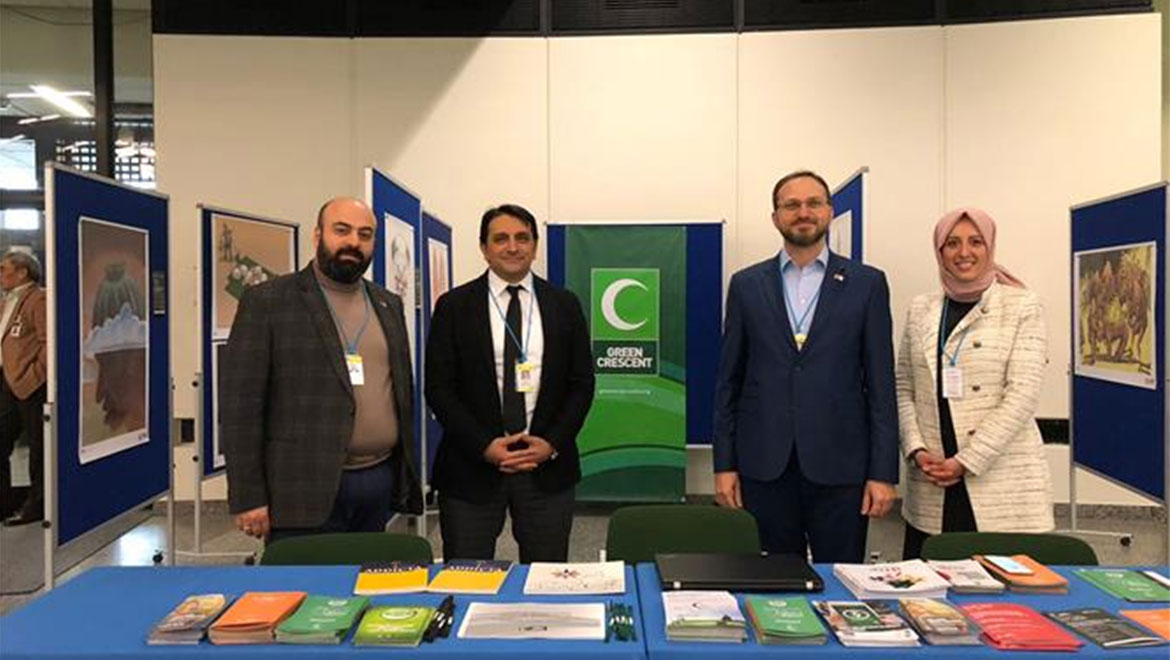 The 61th Session of the Commission on Narcotic Drugs (CND) at the United Nations Office on Drugs and Crime where members of 53 countries are involved and where the drug policies and model practices are discussed by the Member States, was held in Vienna on 12-16 March 2018. The Turkish Green Crescent which is the only NGO in the world to fight against all types of addictions told about his activities in Turkey and his experiences during this 61st Session of the CND.

The Turkish Green Crescent, one of the oldest non-governmental organization which is fighting against addictions since 1920 and which extends its organization to 40 countries represent Turkey at the 61. Session of the Commission on Narcotic Drugs (CND) at the United Nations Office on Drugs and Crime.

The Turkish Green Crescent explained his prevention, protection and rehabilitation activities in “Response to persistent and emerging threats including synthetic drugs on the way to 2019“and “Sharing Experiences and Innovative Policies on Prevention” sessions that are sponsored by the Green Crescent. The Turkish Green Crescent also shared his 98 years knowledge to 52 country members to the commission during the “Civil Society and Community Involvement in Drug Prevention” session.

YEDAM model was presented in 52 countries

Green Crescent Counseling Center which provides free psycho-social and rehabilitation services for alcohol and drug addicts and their relatives was one the most attractive model of the 61st Session of CND. The Turkish Green Crescent Deputy Director General Mrs. Sultan Işık, explain that this model was designed by integrating the family into the rehabilitation and specify that thanks to social adaption addicted people are not only rehabilitated, they are also reintegrated into society. This model was presented to 52 country in the session hold in Vienna.

Addiction Prevention Training Program of Turkey (TBM) which is a protective and preventive training program designed by addiction specialists according to each age groups was also explained in Vienna among the prevention works. The Training Assistant Manager Fatih Çavuşoğlu; “Addiction Prevention Training Program of Turkey (TBM) which is adapted to all age group and implemented in all schools within a cooperation with the Ministry of National Education, is a successful program that has reached the biggest number of people in this field. Thanks to TBM that we explained during the session called ‘Sharing Experiences and Innovative Policies on Prevention’, 11 million student and 2 million adult has been reached until today. Our aim is to increase this number to 18 million until 2023. There is not another training program that reach 11 million students. TBM was also selected as best practice by the United Nations.

The Green Crescent Cartoon Exhibition is opened in UN Vienna