Media
The Winners of The International Green Cartoon Contest Received their...
22June 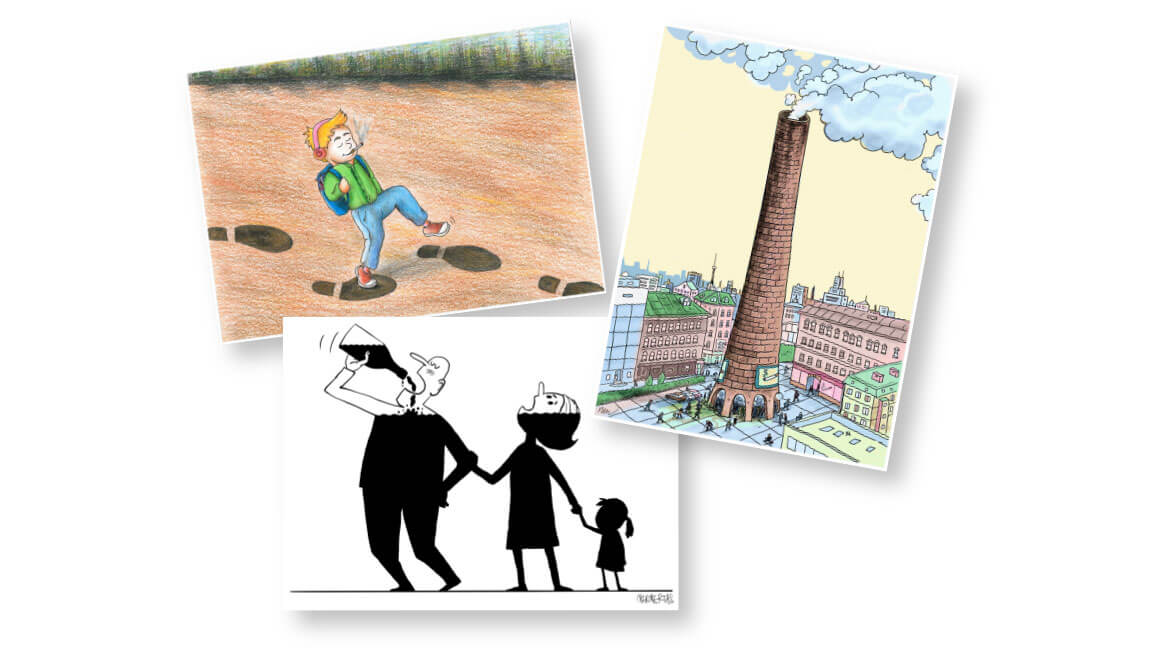 The Winners of The International Green Cartoon Contest Received their Awards

The award ceremony of the 4th International Green Crescent Cartoon Contest organized by Green Crescent with the theme "The Importance of Healthy Living in the 100th Anniversary of Struggling with Addiction " was held online. The contest, which is planned with the intention of contributing and drawing attention to raise awareness of healthy living habit and to avoid addictive substances, was held open to the participation of all cartoonists including amateurs and professionals from Turkey and around the world. On its fourth year, 479 cartoonists from 55 countries participated with 908 works.

The contest has been the focus of attention in numerous countries. As a result of the assessment, the first prize was awarded to Fethi Gürcan Mermertaş from Turkey; the second prize to Vladimir Nenashev from Russia and the third prize to Faruk Duz from Turkey. Jitet Kustana from Indonesia, Kursat Zaman from Turkey and Hamid Ghalijari from Iran were considered worthy to the achievement awards. The Mazhar Osman Special Award, which was given first time this year, was awarded to Ahmet Öztürklevent from Turkey and 100th Anniversary Special Award was given to Hakkı Uslu from Turkey as well.

Speaking at the award ceremony, Green Crescent President Prof. Dr. Mücahit Öztürk said, “Green Crescent is one of the oldest non-governmental organizations struggling with addictions. We are proud to celebrate our 100th anniversary this year. As Green Crescent, our primary aim is to raise awareness against addictions in all people. Sometimes words are not enough to raise awareness and reach a wide audience in the field of addiction, hence culture and art are our indispensable pillars in these times. We organized the cartoon contest for this purpose and received the outcomes we expected from it. Cartoon is not merely a picture or a shape, this picture and shape can mean various things. Therefore, the interest of youth and children particularly to cartoons is also very valuable for us. Each work that applied to this contest is very precious for us. We try to convey the correct messages of these works to all humanity. first and foremost, I would like to thank all artists participating in the contest and congratulate the artists whose works occupied the top ranks in the contest.”

Stating that the 4th International Green Crescent Cartoon Contest, which was held for the fourth time, ushered in an international dimension to Green Crescent’s awareness raising efforts, Green Crescent General Manager Sultan Işık said: “The interest shown for four years has been promising for the future of the contest. We hope that this attention will increasingly continue. We would like to thank all artists from different countries who participated in our contest with their works in various codes. Our hope and determination in “the promise” we made a century ago to struggle with addictions get stronger every day with your support and presence.”