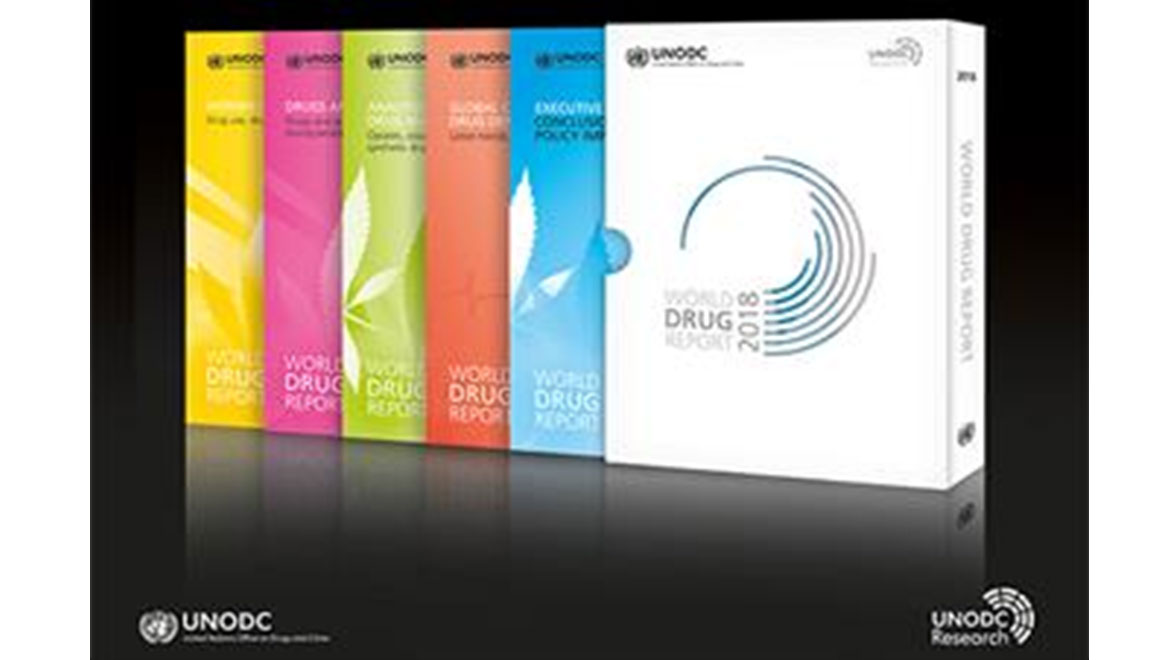 The World Day Against Drug Abuse and Illicit Trafficking which was named by the UN, has become common agenda around the world. According to World Drug Report 2018, there are more than 31 million people addicted to drug in the world. This number was 29,5 million in 2016. The half-a-million rise between 2016 and 2018 is threatening. Drug use all across the world has been recorded as 275 million in the same report. The Green Crescent becomes a model across the world with prevention, protection and rehabilitation activities against this danger that governments, public institutions, NGO's, security forces and families should also fight with.

The Drug Danger on Darknet

We all can reach an information that we want to attain from Google or other search engines. However, there is a search network having much more different dimensions than we know as internet; darknet. Darknet known as a dark web is not a place where everyone can reach. The system which allows only its users draws a barrier against outsiders. Darknet is in a structure which contains mostly illegal and pornographic contents. In addition to all these, it has a drug trade within the contents. In World Drug Report of UN, it has executed this time a research against drug dangers coming from the internet. According to the information in the report, the annual sale of drug trade between 170 and 300 dollars took place on Darknet in 2016. That great amount of cash flow shows how a substantial amount of trade and sale are carried out.

The biggest problem of countries with drug trafficking

Increasing drug trafficking all across the world is the biggest problem of countries. While developed and developing countries try to take national or international precautions, the biggest problem and the initial point of drug trafficking originates from undeveloped countries. Comparing with other countries, Turkey is in good condition in terms of prevention and operation. TUBIM (The Turkish Monitoring Centre for Drugs and Drug Addiction) seized 20 tons of cannabis and 68 million cannabis roots in the 29 operations of security forces carried out against terror organizations only in 2016 according to the 2017 report. 646.193 million Turkish Liras were spent for public expenditure in fighting with drugs in 2016 in the same report. All those numbers show how drug addiction is important in terms of society, economy and health.

Drug is a possible danger for adolescents who are in curiosity, an effort to cross the limits, desire to imitate someone and emotional emptiness. Even the first use of synthetic drugs which have been increasing recently can cause death. Drug brings about critical destructions for users from physiological, psychological and social aspects. Besides, it causes many social and financial problems. The Green Crescent becomes a model across the world with prevention, protection and rehabilitation activities against this danger that governments, public institutions, NGO’s, security forces and families should also fight with.

Drug is our common matter

Drug addiction is a disorder which affects not only users but also their families and surroundings in a negative way. The Green Crescent President Prof.Dr.Mucahit Ozturk said everyone should take on responsibility against narcotic drug addiction and added Geopolitical position and our intensive adolescent population activate narcotic drug trafficking in our country. Our country has been implementing successful and serious programs in prevention, protection, treatment, rehabilitation and security against narcotic drug addiction in collaboration with related ministries, organizations and NGO’s. The Green Crescent, which has been fighting with drug addiction since its foundation, has accomplished many important and helpful activities in awareness, rehabilitation and training field developed for drug addiction by using its sources, expertise and experiences.

The Green Crescent reintegrates addicted people back into life

Stating that they have enhanced the dissemination of prevention, protection and rehabilitation activities against drug addiction, Mr.Ozturk explained Everyone gets informed in accordance with his/her age groups with trainings which we implement throughout Turkey from preschool period till adult ages. Addiction Prevention Training Program of Turkey (TBM) which we have started across Turkey is a large-scale program which is unexampled in the world. We have reached 13 million children with TBM up till now. In addition to these, we reintegrate addicted people back into life with Green Crescent Consultancy Centre (YEDAM) in which we provide free psycho-social and rehabilitation services for addicts and their family. Turkey Rehabilitation Centers, which we will soon realize with a model centre, will bring addicted people back to life. Informing about the upcoming rehabilitation centers, Mr.Ozturk continued his speech; Establishing primarily ten rehabilitation centers of The Green Crescent is a decision made with the High Commission on Combating Addiction of Prime Ministry. We will establish rehabilitation centres firstly at the three points of İstanbul; Bagcilar, Beykoz, Eyup and one each in Ankara, Izmir, Bursa, Adana, Urfa, Samsun and Van. The space assignment works for other provinces have been maintaining. In each center, there will be nearly 30 personnel and rehabilitation services can be provided for 40 inpatient people at the same time. Our first center will begin to service at the beginning of 2019. It is estimated that there are 13 thousand inpatient people in full-time rehabilitation centers in our country. We consider that there will be no recurrence of the addiction cycle after treatment of addicted people when these centers reach forty. Because of International Day Against Drug Abuse and Illicit Trafficking, 26 June determined by UN, combating drug abuse has become a common issue in the world. UN publishes a report especial to that day every year.